"A glimpse into the future of production"

LED green screen replacements are barely through their infancy – but already, GhostFrame is revolutionizing the technique in big ways. Here’s a glimpse into the future of production.

CAPITALISING ON LIMITED time is everything in the world of film. In many cases, if we could capture what’s needed within a day and get out, we would. We’d miss the magic of the process, but we’re talking logistics here. Speak to those who use GhostFrame’s innovative technology, and they’ll tell you colossal levels of efficiency aren’t a pipe dream as you may expect. To hit major productions in a big way, the tech’s potential is clearly vast – and it’s developed by AGS, Megapixel VR and ROE Visual. Three well established names on the LED volume front. In the simplest terms, it works to serve all levels of production directly. Here’s how.

Click on the image below to read the feature Definition Magazine wrote about GhostFrame. 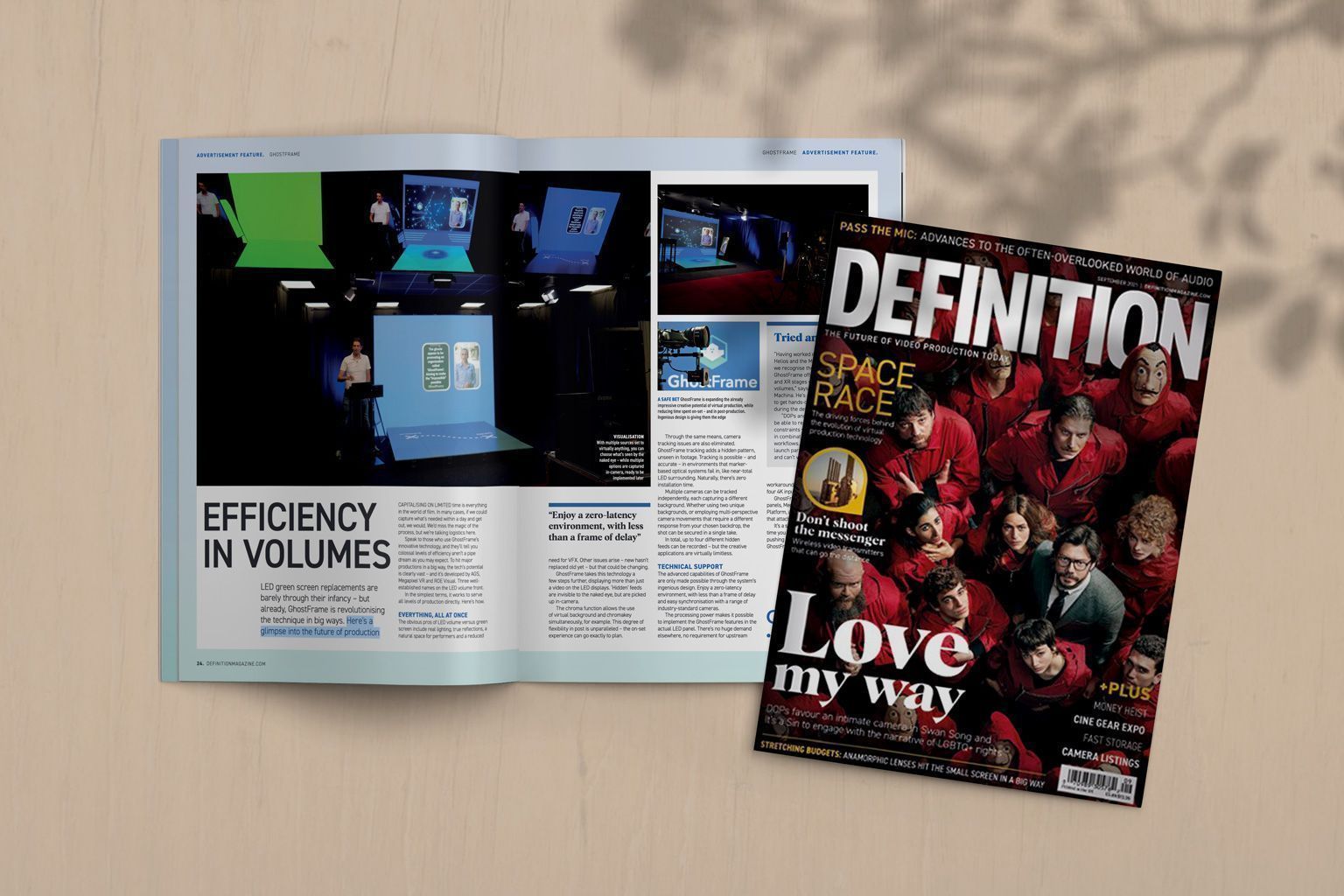 Subscribe to the GhostFrame newsletter to stay informed about product updates, training events and much more.